"Supermajor" has long been the term used to describe the world's largest oil companies.

Increasingly, it is coming to define the globe's biggest producers of wind and solar power.

When I begun recruiting in clean technology in 2015, fresh from partnering with oil companies to find exploration & production professionals across the world,  I didn't think I'd be saying this but...

Large-scale renewable energy developers now boast valuations greater than the behemoths of the oil and gas industry. A LOT has changed in the last 5 years.

NextEra Energy, a Florida-based power company and the world's largest generator of wind and solar electricity, is now worth $138 billion - that's more than the likes of Royal Dutch Shell ($112 billion), BP ($71 billion) and ConocoPhillips ($40.1 billion).

Iberdrola SA, the Spanish renewable titan, is valued at $78 billion. And Ørsted A/S, once a tiny Danish utility, has been transformed into a global offshore wind juggernaut worth $58 billion.

The role reversal is a reflection of the times.

Oil stocks have been battered by the coronavirus pandemic and the resulting drop-off in demand.

BP and Shell have been forced to write down their assets by $17.5 billion and $22 billion, respectively, as a result of low oil prices.

And Exxon Mobil Corp., one of the world's largest oil companies, was removed from the Dow Jones Industrial Average this week, a symbol of the industry's sharp economic fall.

In contrast, Wind and Solar are being propelled forward by a combination of falling costs and government climate targets. That has made renewable energy projects increasingly attractive to investors.

Researchers at Imperial College London recently concluded that renewable energy companies delivered better returns than their oil competitors. They also found that their shares were subject to less price volatility.

The oil majors have noticed.

Some have expressed doubts that the oil majors will overtake their green rivals. They will need to shed their fossil fuel assets if they are truly going to remake themselves (said Jigar Shah, the founder of Generate Capital, a green infrastructure investment firm)

And to be sure, there is still a lot of change to happen - oil companies remain incredibly valuable, and many remain uninterested in going green.

Exxon Mobil Corp. is valued at $175 billion, and Chevron Corp. is worth about $159 billion. Neither has outlined plans to cut emissions or invest in wind and solar at the level of their European counterparts.

Their valuations underscore another point: The world still invests far more in fossil fuels than it does in renewables. In 2019, global investment in oil and gas production and distribution was $756 billion, according to the International Energy Agency.

The world spent an additional $90 billion on coal mining and $130 billion on fossil fuel power generation. Investment in renewables and energy efficiency, by contrast, stood at $560 billion.

Those figures will need to flip if the world is to reach net-zero emissions - the world would need to spend roughly $1.2 trillion on green investments annually to meet that target, including $590 billion in clean energy generation, $550 billion on power system upgrades and $90 billion on energy storage.

At first glance, those investments look massive. But a closer look shows the world is on track to spend roughly $10 trillion on oil and gas infrastructure over the next 30 years.

The challenge is really one of reallocating how the money is spent.

To learn more please take a listen to our Leaders In CleanTech podcast (50 plus interviews with CEO's of clean technology startups/scale-ups, as well as industry leaders in finance/investment) read up on our case studies of senior-level searches with a diverse portfolio of clean technology clients or set up a free 30-minute consultation to see how we can support your plans for senior hires internationally.

"We think we're going to see a new category of companies called wind and solar majors," said Sam Arie, a research analyst at UBS, the Swiss investment bank. "They're on the way to being the size of the oil majors." 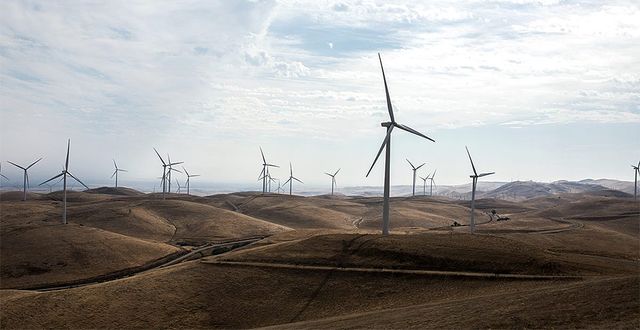 "We think we're going to see a new category of companies called wind and solar majors," said Sam Arie, a research analyst at UBS, the Swiss investment bank. "They're on the way to being the size of the oil majors."https://t.co/MXYLTDcWaE via @EENewsUpdates

This is interesting - has the tide turned on Big Oil? NextEra Energy, the world's largest generator of wind and solar electricity, is now worth $138 billion, more than Shell ($112 billion), BP ($71 billion) and ConocoPhillips ($40.1 billion) https://t.co/3xrXLqiFKc

Supermajor used to be reserved for oil giants. Now some renewable energy companies are bigger.