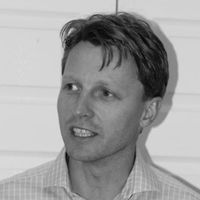 Fascinating to see coverage from Jim Cramer, former hedge fund manager and host of CNBC's Mad Money, who stuck another boot in the guts of old energy by sounding the death knell for fossil fuel stocks last week.

Cramer was responding to negative quarterly reports from oil giants Exxon Mobil and Chevron which were dragging down the Dow, and delivered a damning prognosis to the rather surprised host of Squawk Box, Rebecca Quick:

Cramer's main thrust is that whilst these fossil fuel giants continue to offer great dividends in the short term, no one wants them anymore.

"You’re seeing divestiture by a lot of different funds. It’s going to be a parade…. that says look, these are tobacco, and we’re not gonna own ’em… I think they’re tobacco. We’re in a new world."

Cramer's critics would argue that it's his job to talk controversy and create a story. But it's still rare to see such a dire projection about the health of the world's biggest polluters from a fairly mainstream commentator.

In a follow-up piece after his CNBC appearance, Cramer was keen to clarify that he’s just looking out for his bottom line: “I am not about making friends, I am about making money. And I don't think I can help you make money in the oil and gas stocks anymore".

At Hyperion, we're not about making friends with the fossil fuel guys either. What interests us is where the money is heading - specifically to the increasing number of cleantech superstar companies who are doing great things for the best possible future of the clean energy and mobility transition. With smart investment and smart people, we believe incredible things can be achieved.

The issue is sustainability. Look, this is the other side of Tesla. These stocks don’t want to be owned by younger people. Their dividends are great, these companies are doing better than… even four years ago, but you can tell that the world’s turned on them. And it’s actually kind of happening very quickly. You’re seeing divestiture by a lot of different funds. It’s going to be a parade…. that says look, these are tobacco, and we’re not gonna own ’em… I think they’re tobacco. We’re in a new world. Prognosis negative.

According to @JimCramer on @CNBC; the #FossilFuel industry is in a "death-knell" phase.

Hopefully all energy firms are peaceful, clean, renewable, sustainable, and profitable by 2030 - where all five points are essential.

What do you think @DLacalle_IA?https://t.co/oH2NYNvjbt

When Jim Cramer said divestment had cratered oil stocks, CEOs got scared and pushed back. But he just keeps insisting.
Today: "I can't help you make money in the oil and gas stocks anymore. They seem like a slowly melting ice cube, a wasting asset."https://t.co/VKYwQajOw8

.@JimCramer: "I am not about making friends, I am about making money. And I don't think I can help you make money in the #oil and #gas stocks anymore" https://t.co/VYFmQ5tAsN #Exxon #EnergyTransition

So who are the companies set to save the world?
Martin Allman