The first solar-plus-storage installations started about a decade ago on a small scale in sunny states like California, Hawaii, and Arizona.

But as we move into 2020, they're now spreading across the US, driven by falling prices of both solar panels and lithium-ion batteries the size of a shipping containers.

More than 30 states now have renewable storage on the grid and utilities have proposed (and states have approved) 7 gigawatts to be installed by 2030.

The price of building a solar-plus-storage generating facility is now cheaper than operating a coal-fired power plant and in certain circumstances, the cost is equal to some natural gas plants.

While the solar-plus-storage trend isn’t yet putting a huge dent in our fossil fuel use, it is a good beginning and has the side effect of cutting air pollution.

By 2021, solar and other renewable energy sources will overtake coal as a source of energy, according to a new report by the Institute for Energy Economics and Financial Analysis.

That’s a glimmer of hope in a somewhat dreary month of news on carbon emissions. A new United Nations report  finds that the planet is on track to warm by 3.9 degrees Celsius by 2100 unless drastic cuts are made by phasing out gas-powered cars, eliminating new coal-fired power plants, and changing how we grow and manage land.

Here at Hyperion, we're committed to driving the transition towards renewable energy and building teams for the most innovative cleantech companies.

In 2019, we have partnered with Key Capture Energy (a leading developer of Utility Scale Battery Storage projects) to recruit 10 technical & commercial professionals for their team in Salt Lake City, Houston & Albany.

"Jon has helped us construct an energy storage team in a rapidly changing and nebulous North American industry. He has gone far outside of the renewable industry network, bringing in front of us amazing (screened) candidates that force us into really difficult employment choices. He gets the culture we are working on creating, and understands the issues we are facing. He's been great to work with" Jeff Bishop, CEO Key Capture Energy.

If you'd like to learn more about how we could support your growth in the US, please get in touch to learn more.

Speakes-Backman (CEO of the Energy Storage Association) estimates the unit cost of electricity produced from a solar-plus-storage system will drop 10 to 15 percent each year through 2024. “If you have the option of putting out a polluting or non-polluting generating source at the same price, what are you going to pick?” says Speakes-Backman. 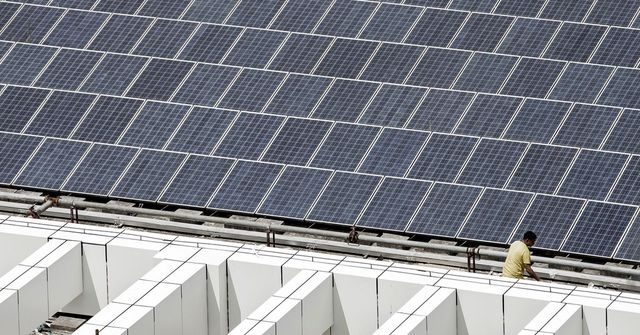 #SolarCheck The green-power combo of solar panels plus batteries is popping up on a larger scale in some unexpected places. https://t.co/Y7iHZmdbTj