In what The Guardian describes as "half a century of dither and denial", 20 fossil fuel companies are being called out in new analysis on big oil's role in the escalating climate emergency.

The striking analysis by Richard Heede at the Climate Accountability Institute in the US asserts that this not-so-illustrious Top 20 has contributed to 35% of all energy-related carbon dioxide and methane worldwide, totaling 480bn tonnes of carbon dioxide equivalent (GtCO₂e) since 1965.

Let's be honest, even Guardian readers have some individual responsibility for the negative impact of carbon emissions - we've all feasted on our fair share of oil from the likes of Chevron, Exxon, BP and Shell.  But for Heede these companies have a "significant moral, financial, and legal responsibility for the climate crisis, and a commensurate burden to help address the problem."

The science of climate change is so brutally undeniable for all but the greatest of fools. We all have to play our part in making demonstrable changes. But some have a greater obligation and, more importantly, have the power and weight of resources to do more.

So, to the Top 20 - imagine what an impact you could make on this planet if you could be bolder, braver and quicker in making change happen. Imagine how great your companies would be if you actually saved the world!

“Even though global consumers from individuals to corporations are the ultimate emitters of carbon dioxide, the Climate Accountability Institute focuses its work on the fossil fuel companies that, in our view, have their collective hand on the throttle and the tiller determining the rate of carbon emissions and the shift to non-carbon fuels.” 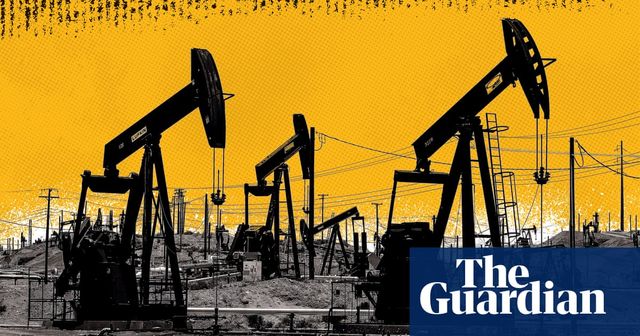 The great moral failure of our political system is that our world is being destroyed for the profit of these companies : Revealed: the 20 firms behind a third of all carbon emissions https://t.co/kj8NZwg56m

‘The great tragedy of the climate crisis is that 7.5 billion people must pay the price – in the form of a degraded planet – so that a couple of dozen polluting interests can continue to make record profits.’@jonathanwatts @Guradianauhttps://t.co/1GqoURNdyR

Congratulations @guardian for speaking the truth.

Remember this when they tell you they're part of the solution https://t.co/5QUDDNK2gp

We stand to lose an awful lot if sceptics carry on pretending that the climate emergency is not real. From #BBCQT last night: pic.twitter.com/DLI90d2oH2

So who are the companies set to save the world?
Hyperion Search