On Friday, one of the largest energy utilities in the West announced that it will close two-thirds of its coal power plants by 2030.

Pacificorp (part of Warren Buffett’s Berkshire Hathaway Energy) will build solar and wind infrastructure amounting to thousands of megawatts to replace them, mostly in Utah and Wyoming.

The coal plants scheduled for retirement in the coming decade were responsible for half of PacifiCorp’s CO2 emissions between 2008 and 2018 but the decision to invest in more wind and solar is primarily financial — renewables are “simply more cost effective” thanks in part to production tax credits and investment tax credits that incentivize green energy infrastructure.

Also of note is that fir the first time, the draft “preferred portfolio” for the 2019 Integrated Resource Plan (IRP) identifies battery storage as part of “a least-cost portfolio.” The company noted that all of the energy storage that is planned for deployment by 2025 will be paired with new solar power generating capacity and, starting in 2028, almost 1,400 MW of stand-alone storage resources will be added, as well.

It's fair to say that PacifiCorp has been slow to embrace renewable energy and it's plan are certainly less ambitious compared to others in the industry but the fact that one of America's largest utility companies is turning its back on coal is good news for us all! 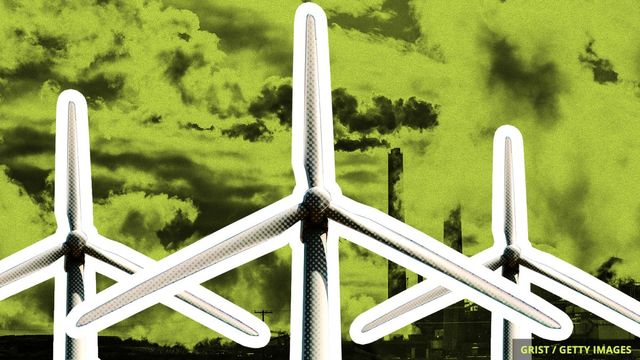 The U.S. can get to 90% clean electricity in just 15 years
Jon Rose

To Save the Climate, Look to the Ocean
Aine Crossan