Global investment in new capacity for renewable energy is on course to reach $2.6 trillion (£2.1 trillion) by the end of this decade, more than triple the amount of the previous decade, a report commissioned by the U.N. Environment Programme says.

The scale of investment going into clean energy represents a growing chunk of the money flowing into the power industry.

Renewables such as wind, solar and hydro-electric plants will draw about $322 billion a year through 2025, according to separate forecasts from the International Energy Agency - that’s almost triple the $116 billion a year that will go into fossil fuel plants and about the same as what will be invested in power grids.

However, while this demonstrates impressive progressive, the pace still needs to increase if

Despite the significant investment, renewables still makes up a relatively small proportion of global power generation (26.3% of total electricity produced – 12.9% if we exclude large hydro)

Overall, there’s been a net increase of 2.4 terawatts of installed capacity globally - much of that has been from clean sources like wind, solar and hydro but a significant portion of that came from plants fired by coal and natural gas.

Global power sector emissions are likely to have risen by at least 10% by the end of this decade and we desperately need more countries to give concrete and more ambitious plans to curb global warming.

Here at Hyperion, we are all in on a future powered by sustainable sources.

Our purpose is to find the best people for the best companies, achieving the the best results, for the best possible future of the clean energy and mobility transition.

We genuinely care about the companies we recruit for and doing our part to create a greener, cleaner world.

“Investing in renewable energy is investing in a sustainable and profitable future, as the last decade of incredible growth in renewables has shown,” said Inger Andersen, executive director of UNEP. “It is clear that we need to rapidly step up the pace of the global switch to renewables if we are to meet international climate and development goals.” 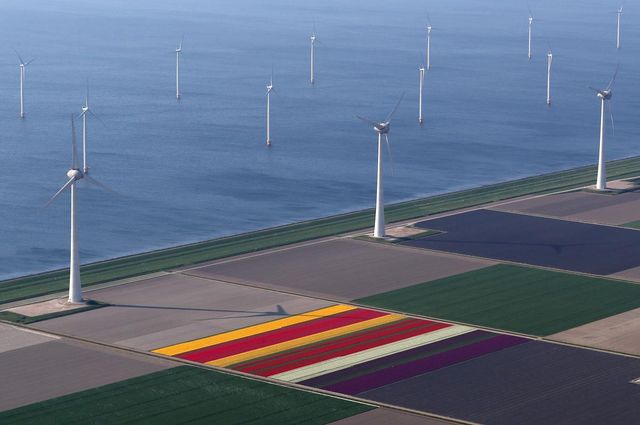 The increase stems from a slump in costs, with the “levelised” cost of solar photovoltaics down 81%, onshore wind down 46% and offshore wind down 44% this decade. https://t.co/FgxahMk7XC

The administration wants to help airlines and oil & gas firms; what about renewable energy and EV's?
Jon Rose