A really interesting piece on our client Malta, a molten salt energy storage company spun off from Google at the end of 2018, and their ambitions to create low cost, long duration energy storage as a means of effecting, stabilising and injecting resiliency and reliability into grids all over the world.

The lack of affordable and reliable grid scale energy storage is currently limiting our transition to renewable energy  - Malta want to solve the problem of intermittency and their technology could give us a shot at storing all the wind and solar energy we create, both cheaply and reliably (thus eliminating the need for fossil-fuel power plants)

In a competitive market, one of the advantages the Malta system has is the minimal amount of R&D - they're not really demonstrating any physics or chemistry and the technology is based on well known, well established processes that largely utilise off-the-shelf equipment. The challenge for Malta is not to create new pieces of kit, but to integrate existing technology into new, innovative, cost-efficient and optimised systems. Like, say, combining Lego bricks in a way that no-one has ever done before.

Whilst the company are still in the design phase (construction to start on their pilot project in the next 12-18 months) with a group of investors that reads like a Who’s Who of the world’s most famous billionaires (including Jeff Bezos, Bill Gates, Mark Zuckerberg, Richard Branson, Jack Ma and Michael Bloomberg) they have more than a fair chance of being able to change the world.

Hyperion has partnered with Malta Inc throughout 2019 to identify cleantech rockstars and build their team. We had the pleasure of visiting their office & meeting Ramya & co in Cambridge, MA in March and since then we have successfully managed critical searches for a Project Manager, a Project Engineer and a Principle Controls Engineer (with many more to come!)

"The hope is to create low-cost, long-duration energy storage as a means of effecting, stabilising and injecting resiliency and reliability into grids all over the world… something that would really be the underpinning of the ability to transform electricity markets, and thereby enable an energy transition,” Malta chief executive Ramya Swaminathan “And that's really a global market. It's a global problem.” 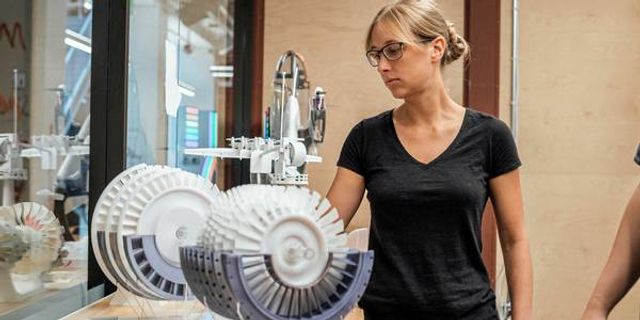 And here's my article about Malta Inc, the #Google X (@Theteamatx) spin-off. It's lagging behind its rivals, but has the backing of @BillGates @JeffBezos and other billionaires. #Baldies #EnergyStoragehttps://t.co/TPNcxAkT0b