The world’s largest battery is continuing to capture the attention of energy analysts, policy makers, market operators and investors alike.

To refresh the memory, after South Australia experienced a major blackout in 2016, Tesla CEO Elon Musk publicly proposed that his company could install an energy storage system to solve the problem, and that if the system wasn’t installed within 100 days of signing a grid connection agreement, he was willing to do the job for free.

The SA government took Musk up on his bet, investing $50M and the project was successfully operational within 100 days. In addition to smoothing out at a number major energy outages so far, the savings for the last 6 months are estimated to be $8.9MM and $18MM for the whole of 2018; a nice return on the initial investment for trading power which is stored and then discharged by the battery system.

Whilst the numbers are a little fuzzy (the analysis is based on publicly available spot market pricing and not the actual revenue or loss from the battery, which is based on private contract pricing) the Horndale Power Reserve has had a significant impact on the energy world.

Before HPR, wind and solar projects were installed to produce low-cost power; since HPR they are increasingly installed for low-cost power with battery backup. The number of batteries being installed is staggering, compared to what they were less than a year ago and the economics of storage in all its many forms is now a key feature of electricity economics as the rise of zero marginal cost renewables continues apace.

It also highlights the need for people like Elon Musk in this industry, despite his shortcomings - placing a significant bet that Tesla could build a hundred-megawatt battery in a hundred days and pulling it off is mighty impressive.

On the topic of inspiring leaders and innovators, Hyperion are currently managing a number of key searches across the Atlantic for a startup energy storage developer who have just received significant funding and are currently building the biggest battery project in New York State (a 20MW project in Saratoga Springs, NY)

The company will be focused on developing a robust pipeline of utility scale battery projects across North America over the next 5 years and we have been retained by the co-founders to find a Chief Commercial Officer, a Project Development Manager and an Asset Manager - please get in touch if you're interested in learning more or you know someone who could be a good fit.

Tesla’s 129 megawatt-hour (MWh) Hornsdale Power Reserve (HPR) battery in South Australia continues to pull new tricks out of its hat and raking in the savings for South Australian residents along the way. Renew Economy estimates that the battery saved a jaw-dropping $5.7 million in its second quarter of operation based on just the 30 megawatts (MW) of capacity it is trading, delivering a gross margin of $8.9 million. Included in this is the $3.2 million saved in its first quarter of operation as estimated by Renew Economy, providing a nice track record of consistent savings that other utilities can look to for the savings potential of similar systems in their districts. 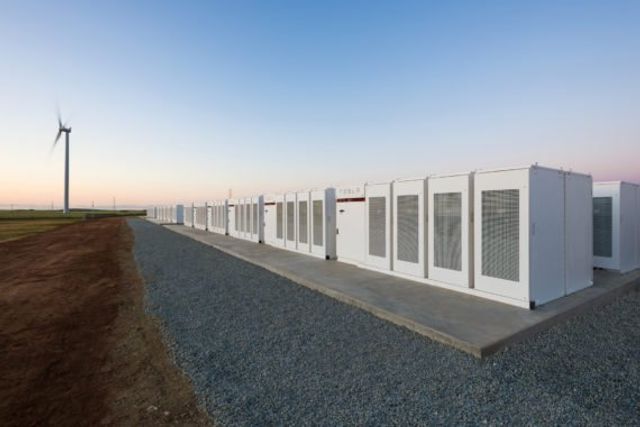 Tesla’s 129 megawatt-hour (MWh) Hornsdale Power Reserve (HPR) battery in South Australia continues to pull new tricks out of its hat and raking in the savings for South Australian residents along the way.https://t.co/1jWGrsGjTq

The U.S. can get to 90% clean electricity in just 15 years
Jon Rose

To Save the Climate, Look to the Ocean
Aine Crossan